NOT ADOPTABLE! NOT A CHANCE!!!!

Home Pets, People, & Pointers NOT ADOPTABLE! NOT A CHANCE!!!!
NextPrevious

NOT ADOPTABLE! NOT A CHANCE!!!! 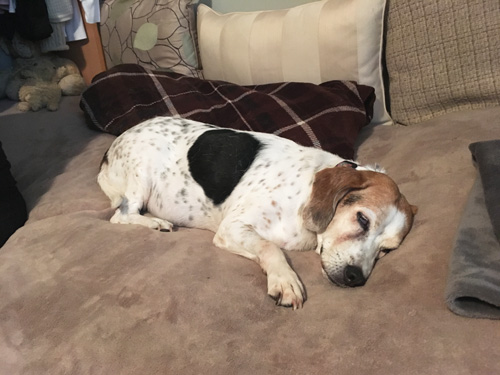 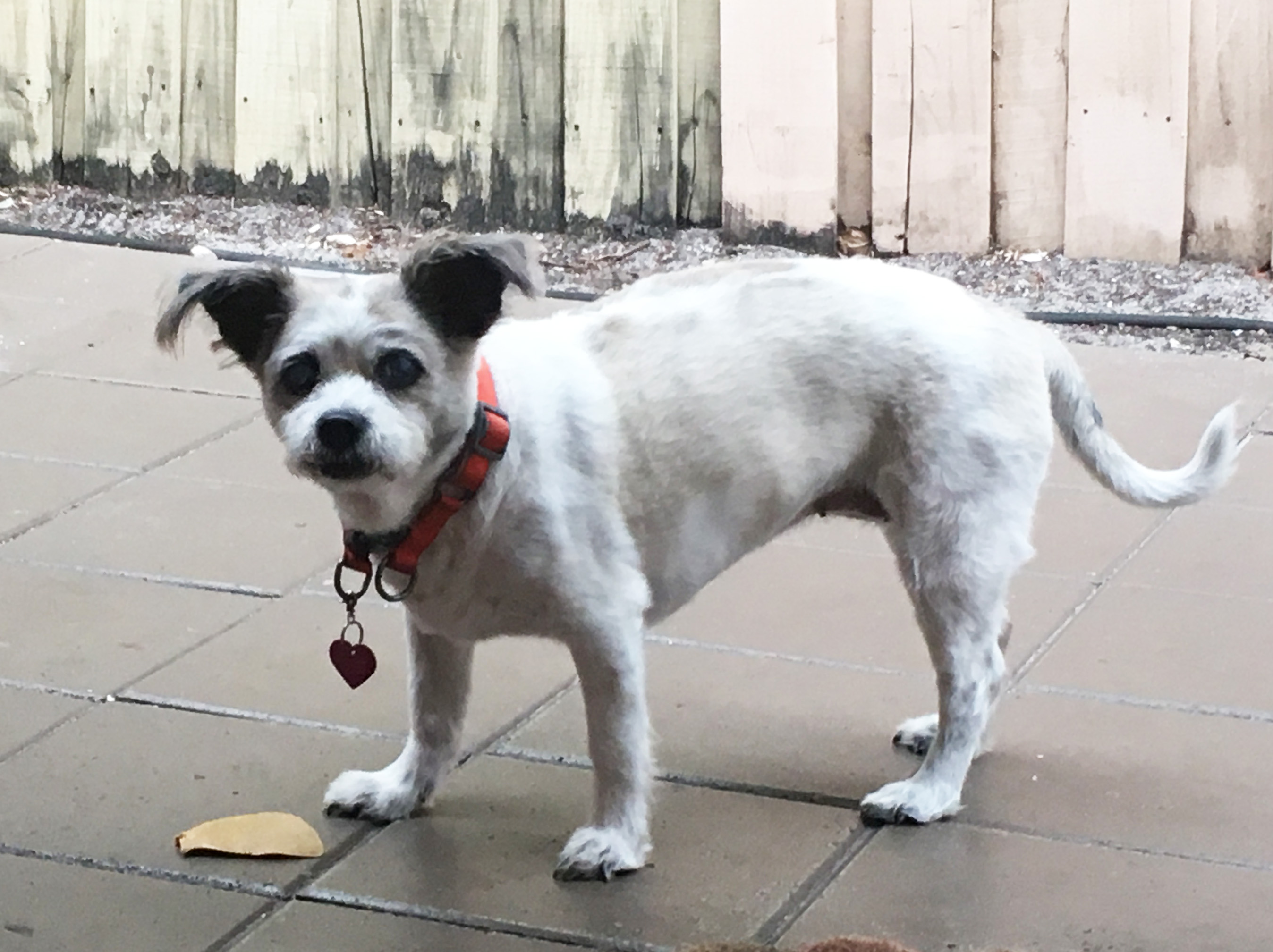 NOT ADOPTABLE!  Those were the words put on the sign on the front of Greydon’s cage within a few days of his arrival at the shelter.  This outwardly cute Havanese mix was actually an untouchable who had been dumped by his owner and left to run wild with a pack of dogs in Homestead in South Dade. He was brought to the shelter to be saved, but with little hope that he would ever live with a forever family.

Joanne and her late husband were the parents of dogs, (as many as nine at one time) cats, ferrets and others.  She had been volunteering at APR for some time and developed a nick name around the shelter. She was known as the “Cookie Lady” because she would offer the dogs cookie treats. Joanne admitted she’s not a joiner but would do anything for animals.

One day when she came in to volunteer at the shelter, she decided Greydon was to become her task. Greydon had been at the shelter for more than a year. She was determined that this dog learn to love and have the chance to be loved.  Graydon was in the outdoor run so her first step was simply to sit with him.  She didn’t look at him or interact with him. She just sat. She returned day after day and just sat letting him know that she was not a threat. Then she started talking to him and finally she offered him a cookie. That process began to loosen him up and make him more receptive. But don’t be fooled because even during this process long time shelter volunteer, Don Anderson was bitten badly by Graydon. But for Joanne, the bond had begun.

Joanne says when she was a child she never wanted dolls. She just wanted stuffed animals. She says she’s a very shy person unless she is around animals.  So, when the love started to flow between this human marvel and this amazing animal, it could only go in one direction.

While Joanne lives in a small space and already has two beautiful dogs, (Lucy and Lacy) she realized that the only forever home for Greydon would be with her.  And I can confirm that story. I had the chance to visit the Waldman family (Joanne, Lucy, Lacy and Greydon) and had a wonderful time playing with all three of these cute dogs.  Greydon sat in my lap or jumped most of the time I was there, having great fun.  I would never have known that this was a troubled creature at one time. He was just as sweet and loveable as he could be.

Joanne’s philosophy is simple LOVE, PATIENCE and COURAGE. No animal is beyond love. Whoever put that sign up that said NOT ADOPTABLE the answer ultimately was NOT TRUE.